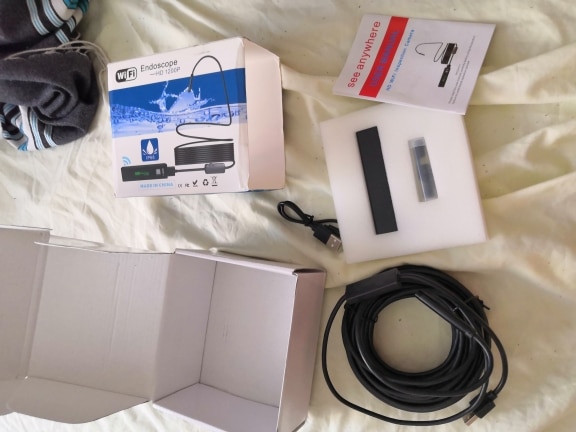 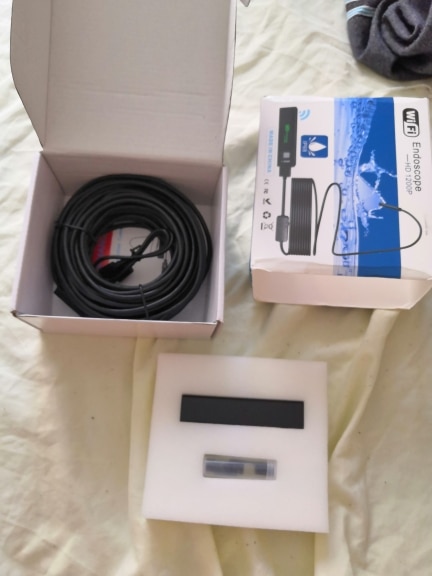 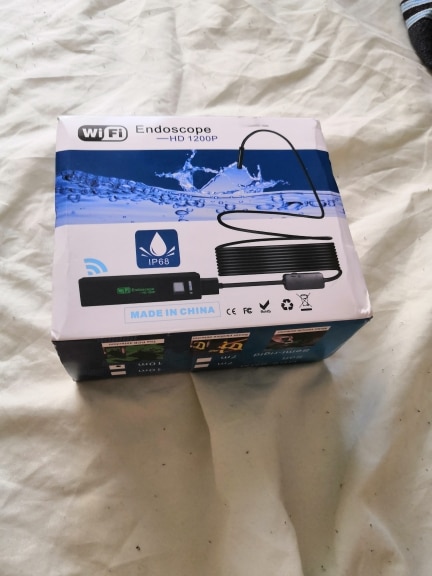 Delivery is fast. Camera norms, can be seen well and with focus on cm 10-15 all in order. LOVE IT 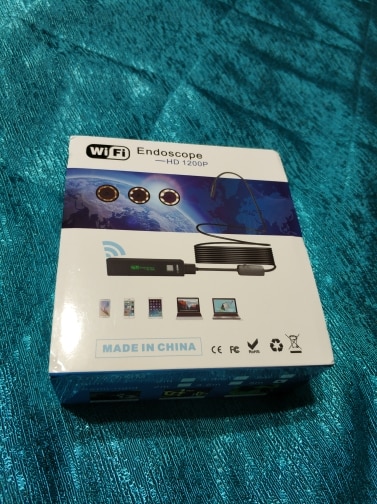 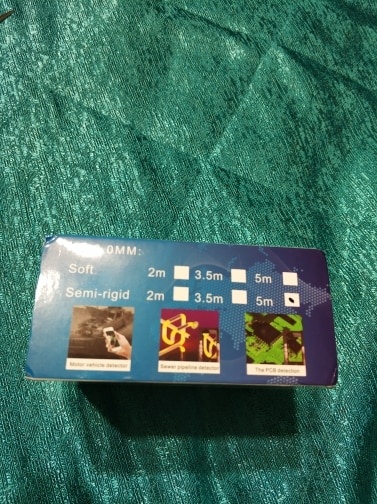 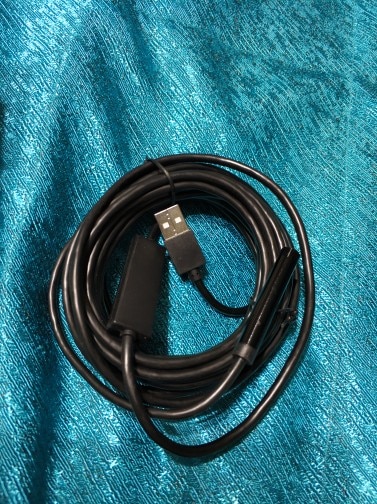 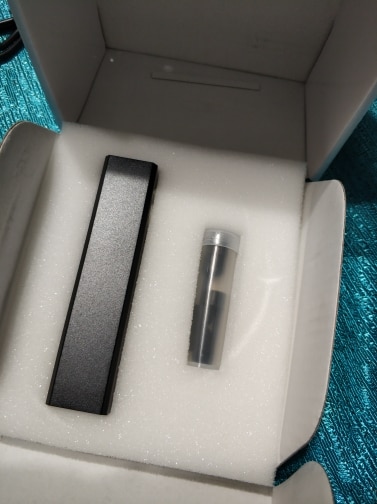 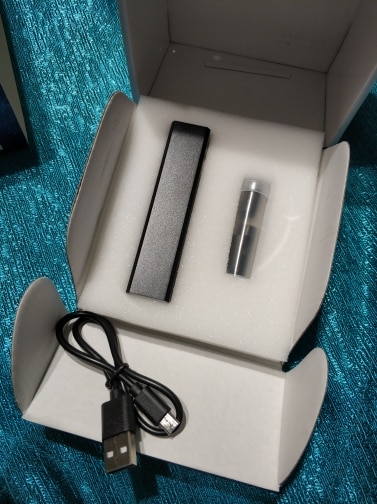 Works great!! been using it in my business!! Worth it! It already paid itself 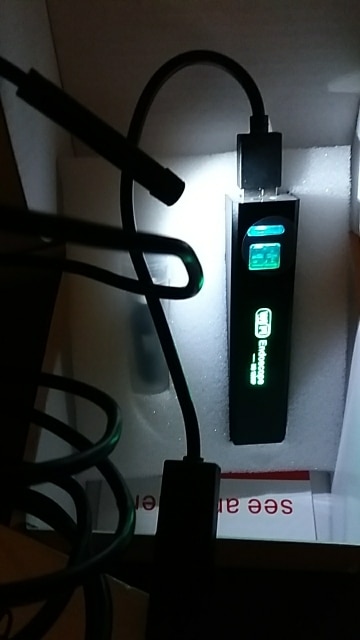 Okay. I told this thing that if it got me out of the mess I was in I would write it a positive review. And a deal's a deal. I had been working on my vehicle; replacing intake manifold gaskets. The engine intakes had been carefully covered with a towel to keep anything from dropping down into them, and I was just beginning re-assembly when I noticed that the mating surfaces were kinda grungy. I moved the towel off of one of the intake ports and spritzed a little solvent onto a rag. On taking my finger off the spray nozzle, it slowly lifted up off of the can, rotated gently in mid-air a few times and then dropped straight into the *only* uncovered opening. Nothing but net. I could not have made a better shot using a funnel. But there it was. Fortunately, this was not one of those pencil-eraser sized sprayers but looked more like what's on a can of shaving cream. Problem was, I could see it (sorta; in the right light and standing on my head) but I just couldn't get to it. I tried with my finger, and I'm sure we all know how helpful that was. I tried one of the little flex grabbers and that just pushed it down further. I even tried using a shop vac to drag it out of there, and I'd swear there was someone holding it from the other side. I mean, I had enough suction that I was pulling oil out of the crankcase but this thing wouldn't budge. So while in my resigned, peaceful Zen-like meditation of deciding whether to ponder the meaning of life or simply let out a blast of language that would keep the neighborhood kids in therapy for years, I recalled having used a fiber-optic scope with a hook on the end of it many, many moons ago. And where does one go to find something like that these days? Amazon. In looking over various options, I decided on this little guy as the best fit between price, function and features. It arrived on time and in a box that was significantly smaller than I had expected. Setup was relatively painless and the app is pretty simple to use 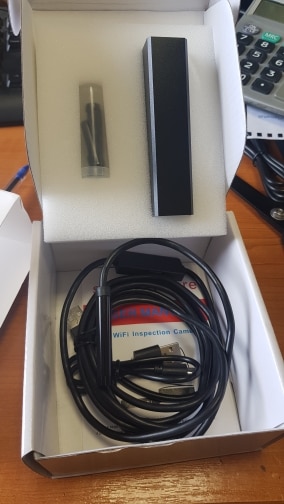 I had a water leak in my wall. I didn't know where it was and the Endscope enabled me to find it by drilling 1/2 inch holes in the wall. I was amazed when I found the water pipe with the hole in it (see image). Hiring a plumber could have cost me over $500 , but I was able to isolate the problem and fix the leak for less than $100 (including the cost of the scope). 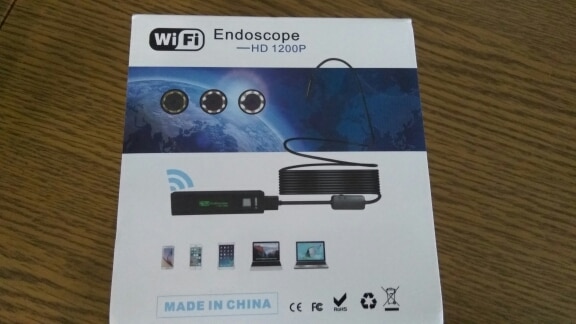 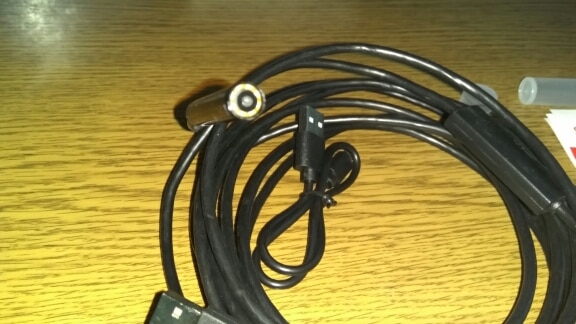 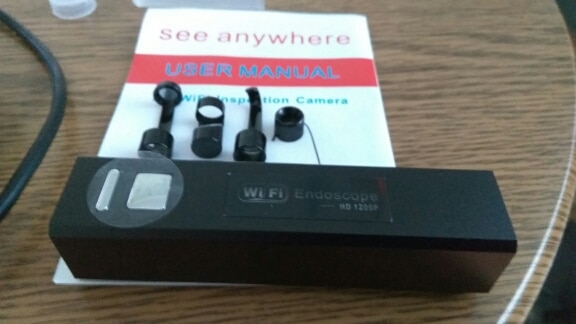 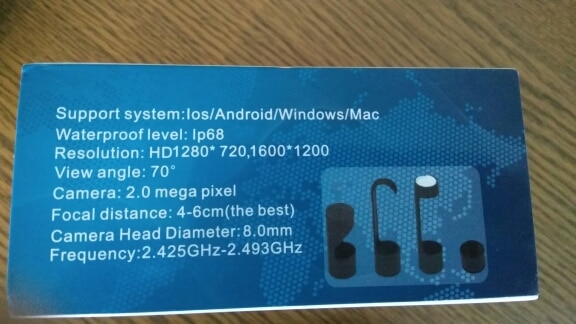 This is my third endoscope. By far this is the best. It has the right amount of stiffness for most jobs. My other units would typically need me to tape stiff wire along the cable to get stiffness. It is a bit futsy connecting to the wifi, and if the unit turns off you have to reconnect to the wifi. But there are advantages that I think make it worth it. For one thing, both my son and I could connect at the same time. He was fishing the endoscope through, and I was watching as it moved. I was able to spot things that he was missing as he concentrated on the mechanics of moving. I can also see where it would be handy if you wanted to monitor a situation. For example, set it up at a spot in the pipe and then go and turn on water. Or you could position it in a crevice and use your phone to monitor for rodents. As someone else noted, with the light on full the battery only lasts a few minutes. But there are a couple of offsetting factors. One is that you probably will not run the lights at full power, even if you are probing in total darkness. Full brightness tends to wash out the detail The other is that you can hook up any external battery pack you would use for a cell phone. Or you can even plug it into a wall charger. The unit will run as long as it is getting external power. The tools come in a little container. That is very nice. It is also good that they screw on securely instead of snapping on. I have lost tools because they snapped off in a drain. The tools are not perfect. They are all plastic. I am used to long, thin metal hooks. This one is shorter than the focal length; I would like it to be at least as long as the focal length. It is also plastic and seems flimsy. I do like to keep the hook attached as the default. I find that in a lot of cases it helps guide the scope and gives a frame of reference. 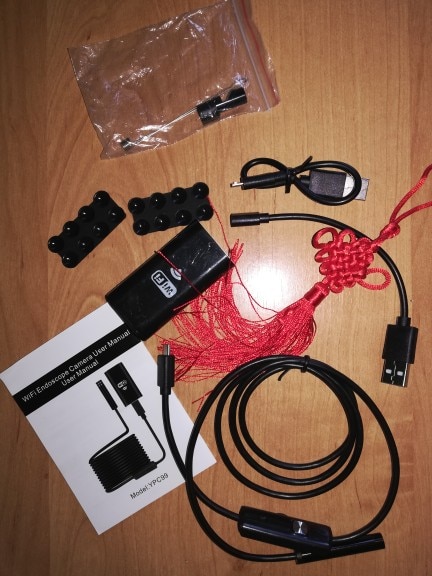 Worked perfectly to help me get a gas can protector cap out of my tractor gas tank. Handled a half hour deep in diesel gas, no problems! 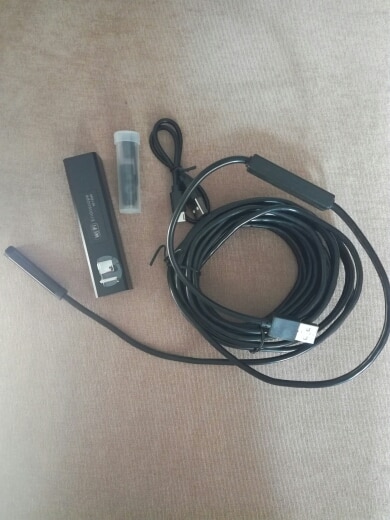 I bought this inspection camera for my Dillon XL650 bullet press to be able to inspect brass bullet cartridges while reloading them. It does a fantastic job in my humble opinion it really enhances my ability to resolve issues with primers that did not get ejected or brass that has issues. 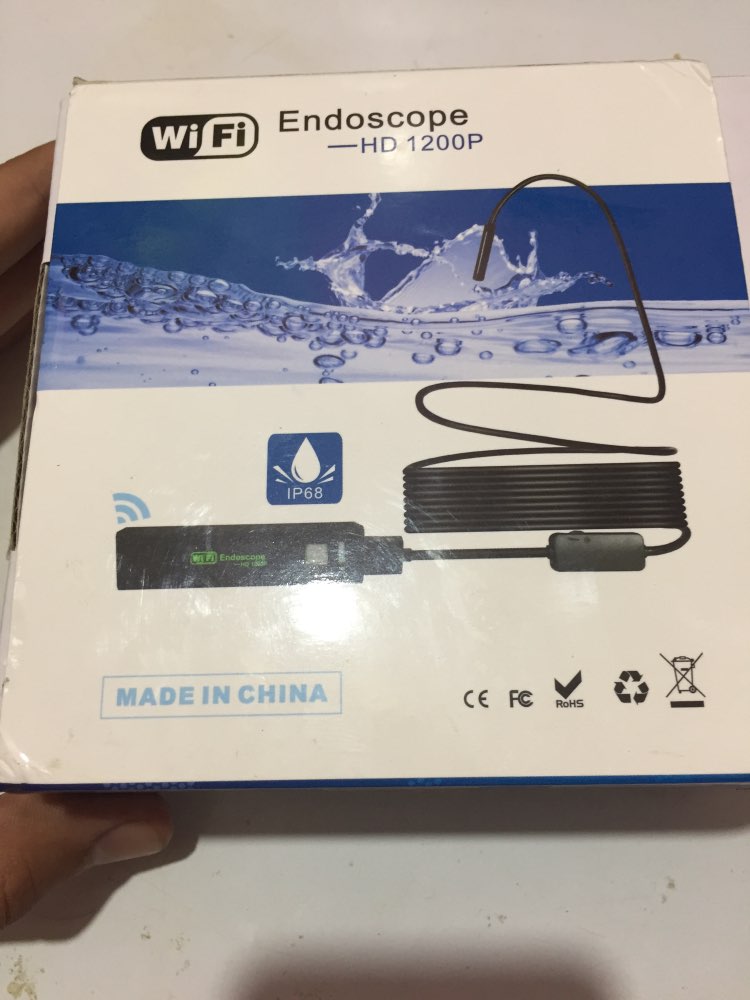 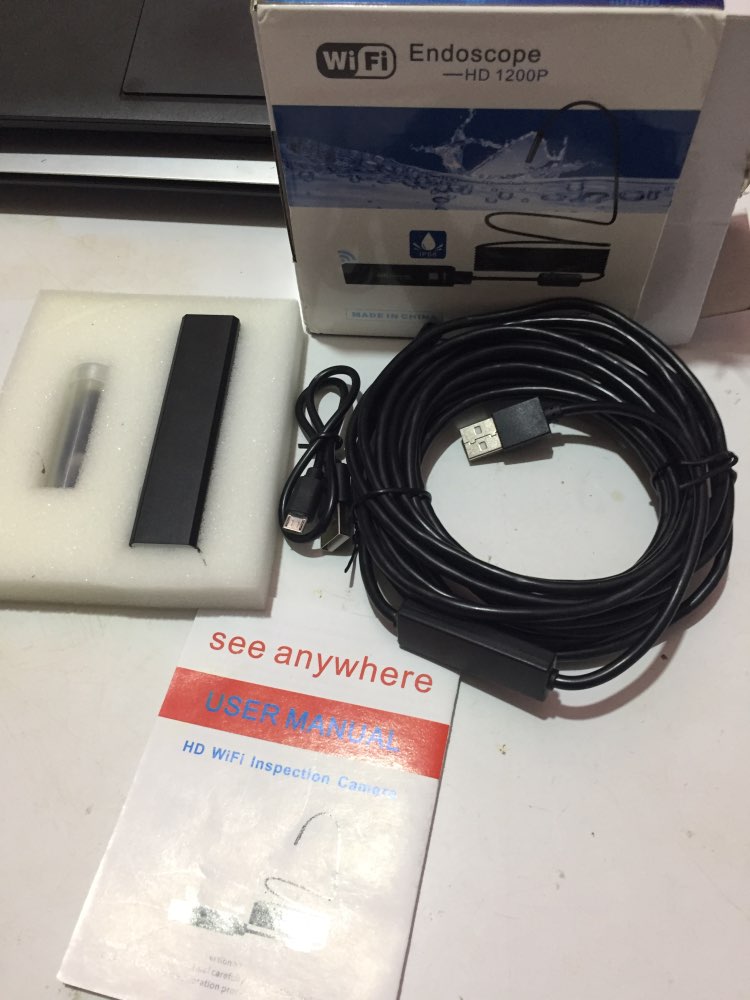 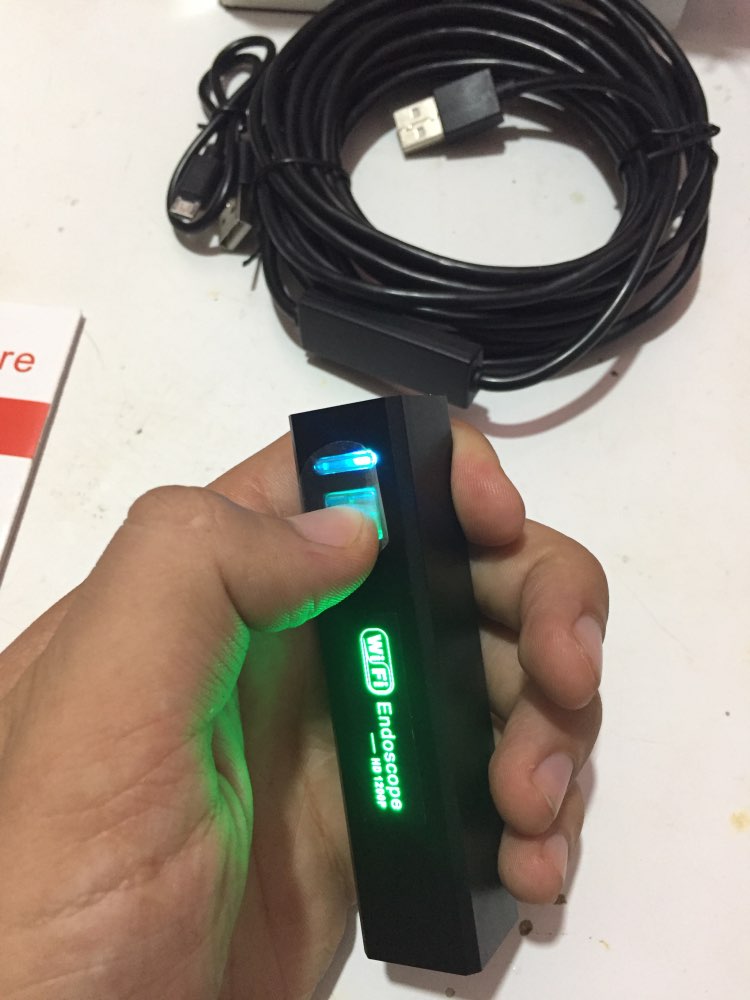 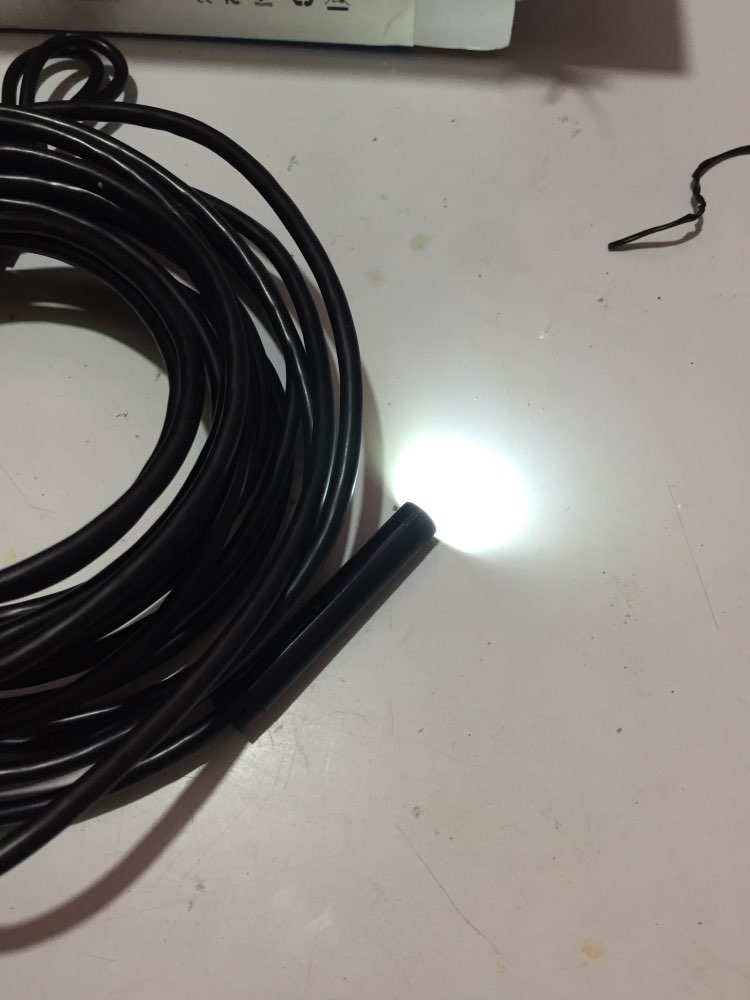 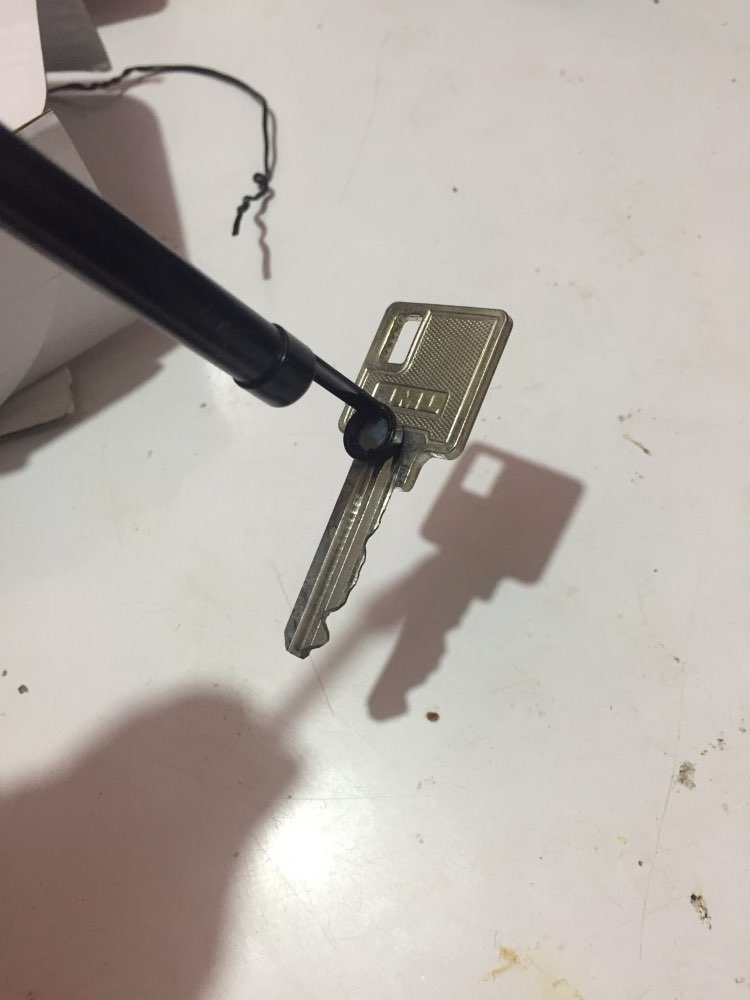 Ordered the 06/08, arrived the 28/08, perfect, very well packaged, the camera is of exceptional quality, I try it under ios, works very well, easy to install and use, the rigid and very comfortable cable to use, the camera and very good quality, The battery I have not charged since I had a powerful battery, sincerely I recommend